Why Are Bees Dying?

There are ten major reasons why bees are dying around the world - all of them  related to industrialized agriculture in one way or another. It's been estimated by the USDA that about 1 in 3 bites of food we eat is dependent on bees for its production, and so it's critically important that we take steps soon to protect bees and other pollinators.

The steep decline in populations of bees and other pollinators can be an uncomfortable topic to look at head-on, but it's actually empowering, because once we understand what's not working and why, we can take steps to implement what does work.

Almost all of the processes of industrial agriculture harm pollinators, as well as destroy much of the other life that makes up a intact, functional, self-renewing soil ecosystems. These processes were implemented and became widespread before we realized the deeper environmental damage they would cause,

1) Habitat loss, including loss of plant diversity due to vast swaths of agricultural monocultures. As of 2020, 220 million acres of the Great Plains are now planted in 3 species of plants: soybeans, corn, and wheat, none of which feed pollinators and most of which are farmed with chemical fertilizers, herbicides and pesticides. The wild Great Plains, in the time of the buffalo, supported more than 2,900 species of plants, many of which fed pollinators. These plants also stored a massive amount of carbon underground, which went up into the atmosphere after the repeated tilling of the soil for agriculture.

2) GMO plants (especially Bt corn) that have their DNA mixed with the DNA of a bacterium in a laboratory in order to make the plant itself toxic to insects. A "side effect" of this is that it kills pollinator larva that feed on leaves dusted with corn pollen drift, which was one of the first things to devastate monarch butterfly populations.

3) Outcompetitiveness of agricultural honeybees for nectar sources over native pollinator species, which reduces wild bee populations due to lack of food. 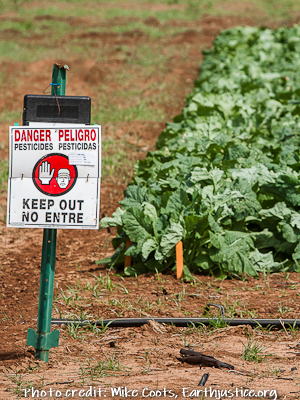 4) Spraying of pesticides that are aimed at crop-damaging pests, but which also directly kill pollinators. One of the prime culprits in why bees are dying is class of pesticides known as "neonicotinoids", which are taken up by the plant and exuded in its nectar. Nectar, of course, is what bees eat and make into honey. 75% of honey samples tested globally (in 2017) contained neonics1.

5) Spraying of herbicides that kill the flowering plants that pollinators feed on, and which the pollinator larva also need

6) Spraying of fungicides that are directly toxic to bees

8) The revolving door between the corporate leaders in industrial agriculture and the positions of power in the USDA, EPA and other regulatory agencies that set agricultural policy and legality, which legalizes massive conflicts of interest

10) Lawns instead of polycultures, which means that across the United States,  picture-perfect green lawns provide zero food for pollinators. It is estimated that lawns now take up about 40 million acres of land, which used to grow a variety of plants that included wildflowers.

Now That We Know Why Bees Are Dying, Why Aren't We Doing Something?

Viewed from a certain dark perspective, subsidies could be considered "hush money". Honest, hardworking farmers are being pushed to the brink because of the spiraling costs of the industrial agriculture model. Most would have gone under a long time ago were it not for agricultural subsidies that keep them afloat - and working for the "corporation". Most still aren't aware that there is a viable, even profitable, alternative.

I believe the industrial agriculture paradigm thought it was"doing the right thing" decades ago when it boosted yields artificially through its "nature-outwitting" practices. It funded research throughout the state university system, which trained incoming generations of farmers in the industry's short-sighted, unsustainable paradigm, which makes chemical fertilizers, pesticides, herbicides and GMO seeds "necessary".

It is now "necessary" because once nature's intricate and inconceivably brilliant processes are broken and the living soil dies under the mechanical shredding and chemical drench, the natural, eternally-sustainable processes die also.

Continuing to engineer ever-more "nature-outwitting" GMOs, alongside the pesticides and herbicides required to "outwit" the ever-more-resistant pests, is a losing game for humanity. The major players, however, are profiting enormously in the meantime.

There Is Good News!

There are many things we can do to reverse the decline of pollinators worldwide. Ten of them are "stop doing all the ten things listed above".

There IS a viable, sustainable alternative to the way we have been growing food called regenerative agriculture (article coming April 2021). It's actually more profitable for the farmer, grows more nutritious food, heals the soil and feeds the bees. It's a win/win/win/win and then some! Read up, spread the word, and look for a regenerative farm near you.

We can also turn some of our own bit of that 40-million-acres-of-lawn into something much more interesting and beautiful: a pollinator garden. Even a small one gives bees and other pollinators a place to feed and reproduce, and "Gives Bees a Chance"! Two articles coming soon (April 2021) are "How to Attract Bees" and "Best Plants for Bees". You can subscribe to my Under the Arbor newsletter (upper right on this page) to be notified when these articles are live. They will have flower lists and photos.

We assessed the global exposure of pollinators to neonicotinoids by analyzing 198 honey samples from across the world. We found at least one of five tested compounds (acetamiprid, clothianidin, imidacloprid, thiacloprid, and thiamethoxam) in 75% of all samples, 45% of samples contained two or more of these compounds, and 10% contained four or five.